It’s only when we have really mastered something that we can make it more accessible to others.

A big part of my job as a school psychologist is to explain test results to parents. It’s really important to me that they understand my results – how the information fits with what they already know about their child and how we can use the information to make school better for them.

And every time I get an intern, their first report looks something like this, “The Fluid-Crystallized Index (FCI), measures general intellectual ability, including both fluid and crystallized intelligence.  The FCI is obtained by combining the Sequential Index, the Simultaneous Index, the Learning Index, the Planning Index, and the Knowledge Index, and is considered the best measure of cognitive ability…… 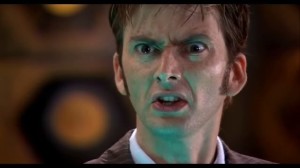 I know why this happens: at the beginning of the year interns don’t really understand what they’re saying, so they parrot what the professor or test-maker says. But by the end of the year, it starts to make more sense. They are able to make connections between the theory they’ve been taught and the real-life child sitting in front of them, and so they are able to use words that normal people actually understand.

It’s only when we have really mastered something that we can make it more accessible to others.

The articles and journals and book chapters I read last week knocked me on my butt. For one reading, I was on google every three minutes looking up words and phrases that I had never heard. Or I’d heard the words, but never together in that phrase. Or I’ve heard the phrase a hundred times and have always gotten by on just having a general understanding of it – but now I need to really grasp it to deepen my understanding of other concepts. Literally, I am not exaggerating – every three minutes.

I read several chapters from the Handbook of Critical and Indigenous Methodologies (Denzin, Lincoln & Smith, 2010), which explores ideas such as localized critical indigenous theory and critical indigenous pedagogy. (Click on the links. You’ll enjoy it.) Essentially, they make the case that non-indigenous peoples (i.e. white/Eurocentric scientists) should not be the ones researching indigenous peoples (people groups native to a land, such as Native Americans in the Americas or the Māori people in New Zealand). To explain, I will use the word “We” in place of “non-indigenous peoples”, because of all the people groups described in the book, that is the one with which I most closely identify.

When We go into a place to do research, complete anthropological studies, or collect information to better understand a people group, We are really imposing Our own thoughts and ideas on Their culture. They already understand Their culture, but We don’t accept that. We want to find things for Ourselves, and then let The Rest of the World know what We learned. Linda Tuhiwai Smith, a professor of indigenous education at the University of Waikato in Hamilton, New Zealand, is the leading expert in this field. She purports that They should be allowed to do Their own research within Their cultural norms and bounds, and the research should not necessarily satisfy the rules Our scientific method has put in place.

Smith and other experts in this field suggest several structures that would identify cultural and critical pedagogy, which they explain in the book. But I found a buried line from the critics that spoke to my soul, “Working class educators criticized the theory because they felt its language was elitist and created a new form of oppression.” (Denzin & Lincoln, 2010)

This is my frustration with peer-reviewed research and generally with people in graduate school (especially those in doctoral programs). We can be annoying when we talk to non-doctoral people. We are just starting to learn about these amazing new theories and ideas that are blowing our minds. We want to share them with the world, but we don’t actually understand them yet, not in a way that we can internalize what they mean and explain them in a way that general society can understand. So we parrot what the professor says, or what we read in books, or what that really cool blog said. We may sound smart to some people, but in real life most are just tuning us out.

I have condescendingly called it “Drinking the Doctoral Kool-Aid,” and I have vowed not to do it.

But now I question my resolve. Language is truly acquired when we use it with understanding. I would never expect a child to wait until they could speak in full, understandable sentences before they talked to other people. And I would never expect someone practicing a second language to wait until they had fully mastered it before trying it out. In fact, it would be just the opposite – I applaud and praise their attempts, even when incorrect or incomplete. The only way they will learn and truly internalize this new language is by using it. Perhaps the same is true of doctoral students. We’re learning a new language, and we need to practice it. I give grace to my interns practicing their new language… perhaps I need to offer myself the same grace.

But I do still think that – at the end of the day, after we have mastered the concepts and the new language – we need to take it back down a notch. Research and innovations don’t create Access or Equity if they require rapid-fire google skills.

Lead School Psychologist at Peoria Unified School District
Janine Fischer is the lead school psychologist for the Peoria Unified School District. She is currently pursuing her Educational Doctorate degree in Educational Leadership and Innovation through Arizona State University. Her passions in life are kids, mental health, and changing the world by making kids’ lives better.

Latest posts by janinefischer (see all)

Janine, I love your writing voice as well as your openness about the things you don’t get. I think you are so candid and so deft at shifting your style and tone to whatever circumstance is present. I imagine that you are a very effective communicator with students and parents! I think you make some really salient points about the imperative that we don’t plaster over understanding with needlessly fancy language.

Janine, your posts are great! I too love your writing voice and your ability to be humble. I too have vowed never to drink the doctoral kool-aid–people just get…weird.

I read an article this week aimed at neuroscientists about the lack of collaboration with educators. The authors, scientists themselves, make a glittering generality that neuroscientists don’t want to share their knowledge because others wouldn’t/couldn’t understand it. Somehow it would get watered-down and lost when others try to put it in a form that they understand. So, by not sharing knowledge, the scientists are robbing others of learning. Perhaps that is a lesson for us…we don’t want to bore anyone or act superior because of our knowledge, but we shouldn’t wait until we know everything to try to have dialogue with others about what we are learning.