“The hierarchies rarely endure for more than a few generations, but the arguments, refurbished for the next round of social institutions, cycle endlessly.” (Gould, 1981, p. 30) 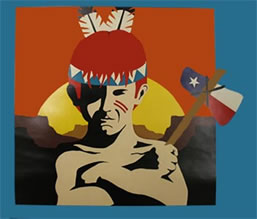 Recently, my nephew’s 8th grade Honors English class was given the assignment to read O. Henry’s, The Ransom of Red Chief, then conduct an analysis of humor in the short story. I had glanced at the title of the article earlier but was busy doing something else that the title did not register, until my nephew started looking up words with a surprised expression on his face. I asked him to tell me the word but he said he couldn’t say it. I asked him to spell it and he said he would rather not. Curious, I looked at the page and to my shock and surprise the word was “niggerhead.” Even I had to look up the word but I think we can all guess that the word has something to do with a black person’s head. I immediately flipped to the first page and re-read the title, The Ransom of Red Chief, “Red Chief!” How could I have missed these words! I then took over the story, told him he would not be completing this assignment and proceeded to read the story in its entirety. The Ransom of Red Chief was written in the early 20th century and it’s supposed to be about the humor surrounding two men who kidnap a young boy from a mining town only to be terrorized by the boy as he plays being a “pesky redskin.” The boy, who is white, attempts to scald, scalp and hang one man in particular until both men are fed up and pay the father to take the boy off their hands.

These are some of the stereotypical and offensive phrases in the story: “Red Chief, the terror of the plains,” “to be scalped at daybreak (said by the child playing “Indian),” “[B]raves returned from the warpath,” “pesky redskin,” “simply indecent, terrifying, humiliating screams, such as women emit when they see ghosts or caterpillars” and “niggerhead.” The term niggerhead refers to something that looks like a Black person’s head and it also means lazy, a common racist stereotype used for Black people when we all know that the economy of the South could not have been built by lazy African slaves.

On the one had I felt shocked that this was an 8th grade reading assignment on the other hand I knew this was the norm in our society. So I wrote my nephew’s teacher and explained how the story was an assault on Indigenous children’s identity and offered detailed explanations of how the story reinforced racist and sexist stereotypes. This story is an example of the pervasiveness of the ideas about race that scientists from the nineteenth century established. Sociobiologist, Stephen Jay Gould (1981) said it best in the quote above, the arguments and ideas about race “cycle endlessly” (p. 30).

In Mismeasure of Man, Gould (1981) details how scientists used their position of “objectivity” to justify the social ranking of diverse peoples. Basically, scientists of the nineteenth century put forth ideas about racial difference that justified white domination and the subordination of all others. The ideas of nineteenth century scientists have become entrenched in our minds and our society as American citizens. Ideas, mainly racist ones, about diverse people are the bedrock of this nation.

Though various hierarchical systems no longer exist (e.g. slavery, Jim Crow, etc.), ideologies, or justifications for oppression, are still widely used and applied to maintain the white supremacist society in which we live. In an article advocating for culturally relevant teaching practices, Howard (2003) writes, “race has always and continues to matter in an increasingly racially diverse society” (p. 197). He talks about our diverse society, yet our values especially with regard to cultural capital are based upon white standards and norms. Howard (2003) posits that educators must incorporate the cultural capital (diverse languages, beliefs, practices, etc.) that diverse students acquire from their given social structure into the teaching and learning environment to practice culturally relevant teaching. In practicing culturally relevant teaching, we can create equitable educational environments. Garcia and Ortiz (2013) recommend, “document[ing] the knowledge and skills children acquire in home and community contexts and then develop ways to incorporate the information into curriculum and instruction” (p.40).

These practices are crucial if we are to ever to make changes in society, in our social institutions and in how we interact with one another. We need only look at national statistics to see that educational attainment; health, wealth and even how long one will live fall along racial lines. Black and Native Americans are almost always at the bottom of any social measurements. As a Black and Navajo woman, Gould’s (1981) chapter, American Polygeny and Craniometry Before Darwin: Blacks and Indians as Separate Inferior Species, was especially relevant to me. I have noticed how even today, people in society still have distaste for Blackness. Few would admit to it but like Morton, “expectation is a powerful guide to action” (Gould, 1981, p. 65). Sometimes, people are unaware of perpetuating racist stereotypes like in the case of my nephew’s teacher. I urged her to reconsider the assignment. Surprisingly, she was receptive to my instruction and is now revising 8th grade Honors English curriculum to be culturally inclusive.

Garcia, S.B. & Ortiz, A. A. (2013). Intersectionality as a frameowrk for transformative research in special education . Multiple Voices for Ethnically Diverse Exceptional Learners, 13(2), 32-47.