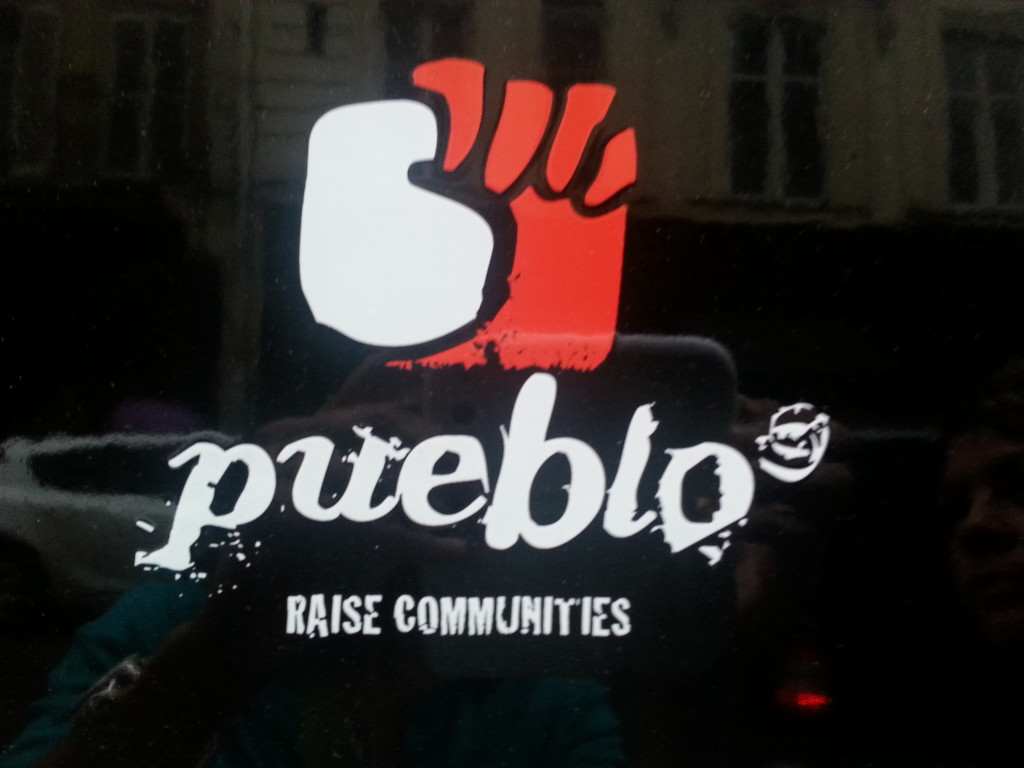 I was suspicious of an article from Anthropology Education Quarterly, Indigenous Epistemologies and Education—Self-Determination, Anthropology, and Human Rights (McCarty, 2005) because of the role of anthropologists in cultural appropriation, genocide, reinforcing romantic notions of and problematizing Indigenous peoples and a host of other negative outcomes for non-Whites. The editor, however, confesses to the discipline’s role in this brutal history and expresses the need for centering Indigenous epistemologies (ways of knowing). It sounds good. The theme of the editorial piece is a call for systemic change to center Indigenous voices. Given the power of white logic, the white racial frame, centuries of relegating all things non-White to the margins, is it possible for researchers using dominant culture tools and logic to achieve such a movement? This is what it would have to be, a movement. I’ll return to this question later.

Several articles about action research by authors such as Jean Lave, Teresa McCarty, and Renato Rosaldo expose us once more to thinking about our standpoint, intersections, and identities as researchers in relation to our practice. In Culture and Truth, Rosaldo (1993) forces us to examine the ridiculousness of using objective descriptions to explain deeply human interaction and events in cultures that are not our own. When researchers do this they are subscribing to social norms of a science established to be distanced, unemotional, and dominant, in many ways, stereotypically masculine and oppressive. Rosaldo describes how this is harmful in ethnography. “Such accounts visualize people’s actions from the outside and fail to provide the participants’ reflections in their own experiences. They normalize by presenting generalized recipes for ritual action…. (Rosaldo, 1993, p. 58). Interestingly, this gaze or white racial frame as coined by sociologist Joe Feagin has been the dominant framing that has allowed systemic racism to flourish for over 400 years.

A brief historical note: Carolus Linneas, a biologist and the person credited with the organization system for the plant and animal world, together with Blumenbach, a physician, naturalist and anthropologist, believed that people could be categorized into racial groups—much like plants and animals. Linneaus created the categories, and Blumenbach, believing race to be about phenotype and temperament, went so far as to assign meaning to each group, essentially, a racial hierarchy.

These racial hierarchies are the roots of the social norms we have been socialized into today—the norms that we are challenged to reconsider, resist and replace. In doing this work, Jean Lave in Changing Practice (2012), challenges the silence surrounding researchers’ political stance and the lack of research rooted in time and place. While recognizing that his discipline of Cultural Ethnography is developing theory with the person at the forefront “…for engagement in a political struggle for a different, more inclusive, just and habitable world (Lave, 2012, p. 156) he also recognizes the absence of critical reflection, an awareness of our own political and cultural locations, and the constraints of our own research. Lave talks at length about the contributions of political and social scientist, Antonio Gramsci and his contribution to critical thought. Gramsci was taken with Frederick Taylor’s (the man who developed scientific management and who devised ways to get the most work out of workers in the industrial era) comment that a trained gorilla would make a better worker than a human being because of an inability to think. Gramsci, writing in the early 20th century, believed that the “aim of American society is to develop a mechanical and automatic behavior …where workers carry out repetitive movements without the use of imagination, …creativity, thus forget their craft, … culture… and origins” (as stated by Guiseppe Fiori in the documentary, New York and the mystery of Naples). I think Gramsci was on to something. With the help of 18th century racialization, the colonization of the Americas and establishment of white supremacy, many people adhere to social norms based on the dominant culture, the white culture, without question.

What this means is difficulty for many Whites and those who have embraced the white racial frame to think critically about their own identities, political struggles, value systems, location in relation to others, and essentially the relationship between culture and power. Whiteness is invisible and omnipotent such that when non-Whites engage in truth telling, our experiences are relegated to anecdotes, distortions or are merely subordinated to other more powerful voices (Lave, 1993). Two examples from the literature and one from a recent experience illustrate this.

In Culture and Truth, while Rosaldo makes the case for examining our culture and the interplay between culture and power, he states in his argument that “in many cases the oppressed fail to talk straight [my emphasis]. Precisely because of their oppression, subordinate people often avoid unambiguous literal speech. They take up more oblique modes of address laced with double meanings, metaphor, irony and humor” (p. 190). Whether he meant it to read that way or not, there is a value judgment in that statement, not in favor of subalterns. In Should We Track or Should We Mix Them? Pivovarova (2014), in her research on the impact of tracking on students states, “but is it true that only good peers matter” (p.2)[emphasis added]? And later, “it turns out that independent of own ability, all students benefit when surrounded by good peers” (p. 3)[emphasis added]. It stands to reason that if there are good peers, there are bad peers. Who are they? One need not answer because centuries of socialization have created images of the bad peers: low-income, non-White, immigrant, low achieving, etc. Lastly, in a recent project with colleagues we had decided to ask our peers to reflect on living in a white supremacist world. Once determined, there was concern about the question being too uncomfortable for Whites and adding to an already tense topic. The question was changed to one that allowed “an out” for people to distance themselves from racial inequality and white supremacy much like the objectifying voice Rosaldo explains. The comfort of Whites was primary over the learning that could have taken place and the trust in our peers to take the step to educate the educator (Lave, 2012).

Returning to my question above, is it possible for researchers using dominant culture tools and logic to achieve a movement of systemic change? McCarty (2005) who calls for the centering of Indigenous epistemologies asks, “what does self-determination mean for the world’s 300 million Indigenous peoples” (p. 1).  When the question is rephrased as, “what does Indigenous self-determination mean for the world?” I will feel well on the way to that systemic change. For now, the question is still additive. I’ll leave the question for the reader to ponder whilst exploring and challenging the constraints of her or his own research practice. I will say, resisting and challenging the white racial frame is exhausting. In the words of rapper, Talib Kweli, some days I do enough “just to get by.”

Pivovarova, M. (2014). Should we track or should we mix them? Unpublished manuscript.

This is good stuff!