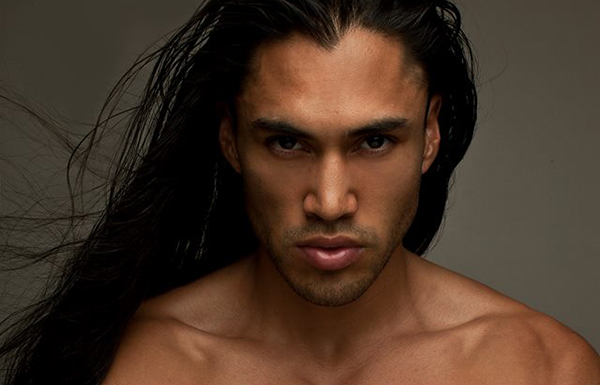 I am in research practice love. Okay, maybe not the kind of “love” Martin Sensmeier evokes but love just the same. McCarty and Lee had me at “revitalizing”! As an educator and member of the Navajo Nation I am well read on and conscious of critical race theory, culturally based and culturally relevant pedagogies and Indigenous sovereignty so finding the article, Critical Culturally Sustaining/Revitalizing Pedagogy and Indigenous Education Sovereignty was exciting! Once I started reading I was absorbed in how one word, revitalizing which means “to make (someone or something) active, healthy or energetic again” (merriam-webster.com) can convey in a powerful way, our need to reclaim our former selves by transforming education for Indigenous leaners. More than a culturally sustaining pedagogy as described by Paris (2012) where “both traditional and evolving ways of cultural connectedness [are supported] for contemporary youth” (p. 102), culturally sustaining/revitalizing pedagogy (CSRP) means to bring us back to life with our identities, language, culture and worldviews intact.

McCarty and Lee (2014) use an ethnographic approach rooted in CSRP to lie out a beautiful and powerful theoretical practice. They “advocate for community-based educational accountability that is rooted in Indigenous education sovereignty” (p. 101). They begin their argument establishing Indigenous education as a form of sovereignty that includes the right of a people to self-education rooted in their Native culture and language. The authors also place Indigenous education in a sociohistorical context rooted in systems of power and domination that methodologically separated Indigenous peoples from their lands, languages, and identities. It is this context where a culturally sustaining and revitalizing pedagogy is necessitated.

Next, the authors give an overview of the sociolinguistic history for Indigenous learners in the U.S. by centering the magnitude of the issue among 566 federally recognized tribes, with 617 communities and villages where 67-92% of tribal members live off of tribally controlled lands. This means a majority of Indigenous learners are attending schools away from their communities and Alaska native villages. The authors cite the 2010 census where 1 in 10 youth speak their ancestral language. What is seminal to this reality of social life and the need to reclaim language and identity is that the authors argue that despite not being schooled on tribally operated lands, “… tribal sovereignty must include education sovereignty…. in the same way that schools are accountable to state and federal governments, so too are they accountable to the Native American nations whose children they serve” (p. 102). That is a powerful sovereign stance!

Finally, the authors use two charter schools with significant Indigenous learners as case studies to illustrate CSRP in practice. Both schools are charter schools that have some flexibility in their curriculum compared to county public schools and both are in cities near Indigenous communities. Both schools offer language immersion programs as part of their core curriculum and teach culture and protocol with the language. Researcher, Tiffany Lee was involved in the first case study site, Native American Community Academy (NACA), on multiple levels first as a parent, then staff member, council member and researcher. She conducted her research from 2008 -2010 using “in-depth interviews, focus groups, and recorded daily observations of language and teaching” (McCarty & Lee, 2014, p. 106) though she had been with the school since 2005. Researcher, Teresa McCarty, conducted her research at Puente de Hózhó (PdH) from 2009-2011 as part of a national study in response to a 2004 Executive Order 13336 on American Indian and Alaska Native education. She used ethnographic observations of teachers’ monthly curriculum meetings, classroom instruction, individual and focus group interviews with youth, parents and staff, and content analysis of students’ work, teachers’ lesson plans and school documents. The authors use a community-based methodology with the two schools as their foundation and guiding research ethic. They shared their observations and analysis with the participants throughout the process and supplemented their qualitative data with state-required achievement data.

The grounds for this research as a revitalizing pedagogy is the practice of engaging the emotions that derive from the legacies of colonization, what Paris and Alim (2014) describe as the inward gaze, “a decolonizing critique to deconstruct essentialism that reduce the multidimensionality of human experience,…” (p. 118). The authors witnessed the inward gaze as teachers, staff and students dealt with the internalized oppression as a result of colonization. In one example, a student is concerned she will be seen as a “fake Indian” because she isn’t fluent in her language. What it means to be Indigenous is based upon controlling images and romantic stereotypical notions created by the dominant group. Students internalize these stereotypes and believe they are less “Indian” because they are not fluent in their language. Addressing this mis-education and legacy of colonization is what is meant by the inward gaze.

The findings indicate that students outperformed their Indigenous counterparts in non-CSRP schools on the dominant culture standardized tests. More than test scores, however, were the rich and deep stories of the teachers, students and parents. Teachers expressed teaching in a school with a holistic curriculum has given them a tool to reverse the legacy of colonization, “heal forced linguistic wounds and convey important cultural and linguistic knowledge to future generations…” (p. 117). One parent in the study expressed bitter pride that her child was the only grandchild who could speak Navajo to his grandparent. A student expressed that knowing how to speak the language is important as Indigenous people. Schools were not without their challenges, as they had to incorporate the mandates of state, county and national standards.

McCarty and Lee offer two examples of Indigenous-centered pedagogy that are community-based, sustaining and revitalizing for Indigenous learners. This study, specifically CSRP, is a lens I would like to use in my own research. I gleaned so much from this article. Despite the focus on elementary level charter schools there is much that can be applied and practiced at the college level. The inward gaze, culturally sustaining pedagogy and community based collaboration and grounding. The authors cite heavy-hitters in Indigenous epistemologies and culturally sustaining pedagogies like Teresa McCarty, Bryan M.J. Brayboy, K. T. Lomawaima, Tiffany Lee, L. T. Smith, and Django Paris which guides me to establish a foundation in different areas of inquiry like culturally sustaining pedagogy and the practice of Indigenous education and epistemologies. I am looking forward to utilizing these new approaches in my own developing practice.